Due to the current acts of vandalism and destroying the previous historical marker, a new marker has been created and placed at Webb Miller Community Church . 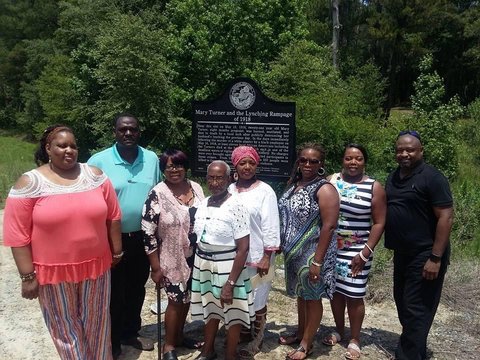 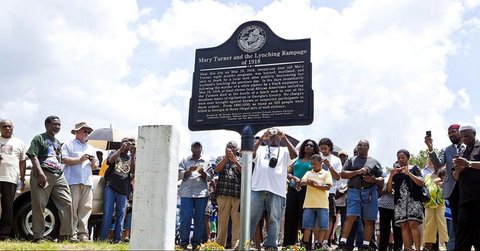 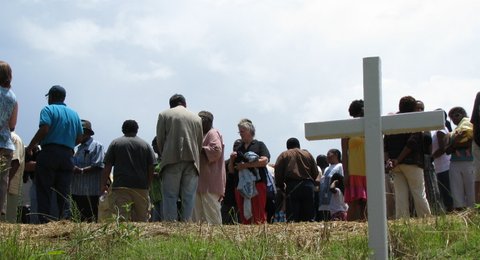 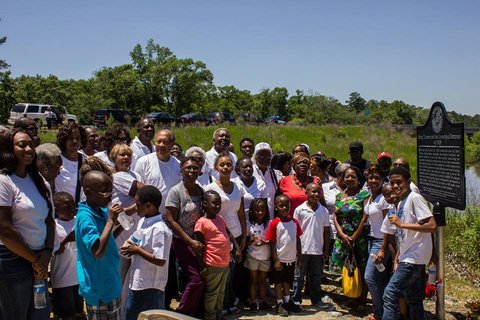 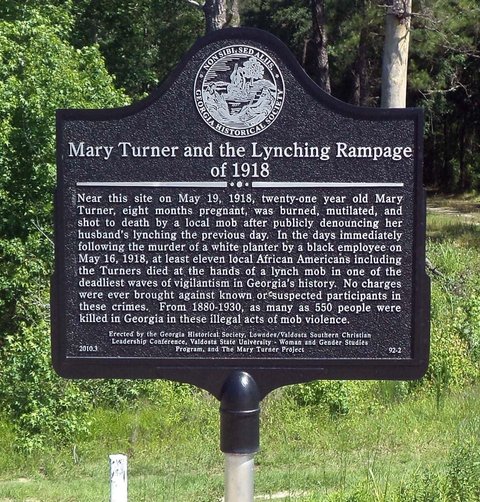 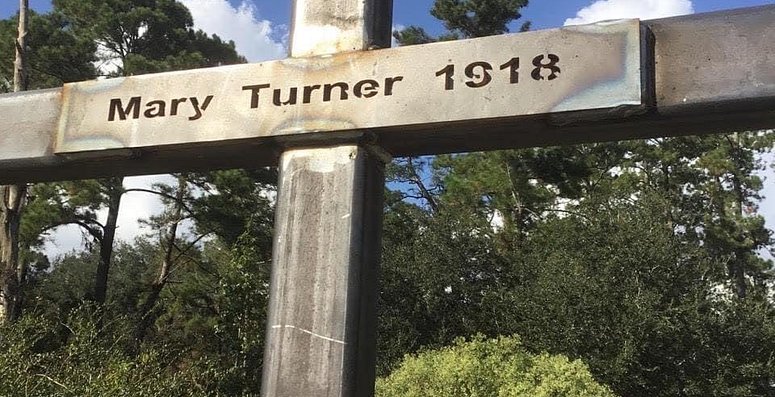 THE LYNCHING OF MARY TURNER

Sunday May 19, 1918, Mary Turner was taken from her home, lynched, and killed by a "white mob." Publicly denouncing the death of her husband (Hayes Turner) the previous day; the angry mob silenced her voice with hate and inhumane acts. The death of Mary Turner, her unborn child, and several others has been documented as one of the deadliest waves of vigilantism in Georgia's history.

On May 19, 1918, thirty-three-year-old Mary Turner, 8 months pregnant was taken to the little river on Folsom Bridge road in Lowndes County, Georgia where she was lynched and brutally murdered. Angry because Turner was seeking justice for the lynching death of her husband days before; the angry mob hung Turner by her ankles, soaking her body with gasoline and oil. The mob was furious of the death, Hampton Smith. Smith was a white plantation owner who was killed May 16, 1918, by Will Head (who confessed to the plot of killing Smith), Hayes Turner, and others.

Mary Turner was body was then set on fire. Still breathing, a member of the mob then took a large knife and cut the unborn child from the womb of Turner. Even the horrific acts couldn't silence the child or Mary Turner. It was said that the child cried loudly, infuriating one of the mobs even more. The member of the mob then stomped the child head, crushing its skull with their foot. Mary Turner body was then riddled with more than 100 bullets. The mob buried Mary and her unborn child only a few feet away, marking their grave with a whiskey bottle and a cigar. As of today, no charges nor restitution has been granted to Mary Turner or any descendant.

The Mary Turner Project (MTP) is a multi-racial, multi-generational all volunteer collective of students, educators, community members, and descendants of Mary Turner who are committed to racial justice and racial healing. That commitment involves educating ourselves and others about the presence of racism, the multiple forms of racism, and the effects of racism, so that we may become involved in eliminating racism. Much of our work centers on research driven community engagement and action relative to past and current racial injustice.

The descedants of Mary Turner currently operate this website.